A few thousand people are warching a conversation on LinkedIn as to whether or not a sales coach or manager needs to listen to their salespeople live, listen to recorded sales calls or rely on the salesperson's memory and the coach's skill at getting to the truth.

There is no consensus yet, but some have suggested that sales managers aren't as effective as they could be in coaching their reps. (They've also suggested that rep's memories may not be perfect, but that's for another time.) Please allow me to explain the title.

Pythagoras is credited as the first mathemetician to prove that the sum of the squares of the sides of a right triangle equals the square of the hypotenuse. It's called the Pythagorean theorem. 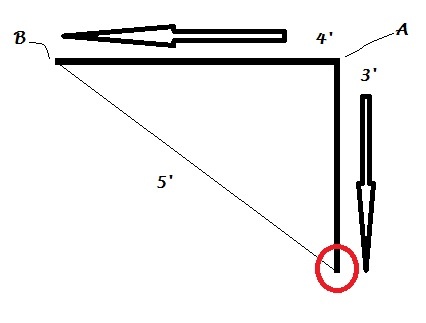 I asked him where he learned the Pythagorean theorem and he replied, "Huh?" He knew how to make a square corner. He didn't need to understand that 3x3 + 4x4 = 5x5.

I understood the formula, but until he showed me, I didn't know that I could use it to make a square corner.

Some understand, but can't do. Others can do without understanding. Data, theory, process might be understood and digested, but until a rep is coached through a scenario multiple times, multiple ways, they won't own it.

BTW, if you want to read the LinkedIn discussion, have fun.

Also, did you read The Unnoticed Obstacle to Achieving Your Sales Goals?