Does Hubspot have it wrong?

Last week, Kobus van Eeden invited me to connect on LinkedIn. I didn't know him. So, I sent my standard reply.

Which led to this exchange. 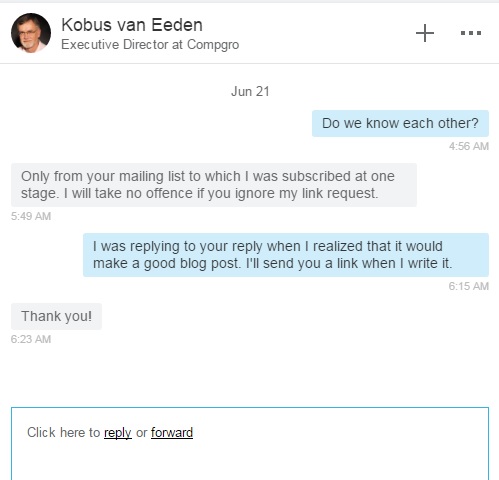 When I was preparing to reply, I checked my portal to determine his level of engagement. As you can see, he was referred to my list of best sales questions by someone that used them in a slideshare. That's cool. I like that. 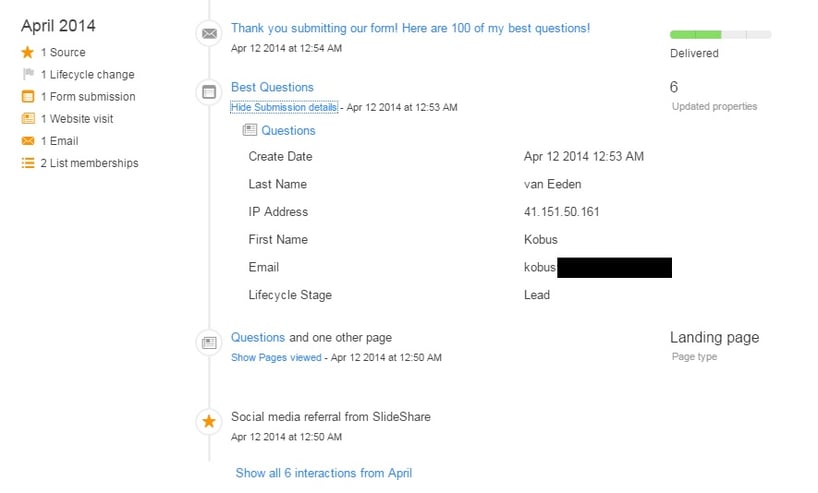 When Kobus filled out the form, Hubspot automatically subscribed him to my marketing emails, but he did not subscribe to my blog articles. My Hubspot software labeled Kobus as a lead and assumed that he wanted to be marketed to. (Pardon the grammar.) He wanted some content. He wasn't necessarily in a buying process. Rather than marketing to him, wouldn't it be better to opt him into more content? Not stuff that Marketing thinks might nuture and convert him. I suggest that he might be interested in seeing more content that shows the way we think. It's been over two years since Kobus was added to my marketing list and I've published over 200 articles in that time. He hasn't seen them. He doesn't know anything about me or the way I think. All those articles weren't gold, but he may have found value in a few.

So, why does Hubspot not automatically subscribe form-filler-outers to our blog rather than marketing updates? Does Hubspot have it wrong?