I'm so far down this rabbit hole that I can't see daylight! I have so many questions.

Let's face it. These are different times. Let me start with

I started thinking about the real world (outside of politics) and the impact of women, non-whites and younger people. I Googled the ages of the presidential candidates. (I can guess at their gender and ethnicity.) I compared that to an actual list of the presidents.

I realized that I am older than almost half of our presidents were when they died and only two of them were older than me when they were inaugurated.

So, now I wonder if age should be considered a plus or a minus or at all? 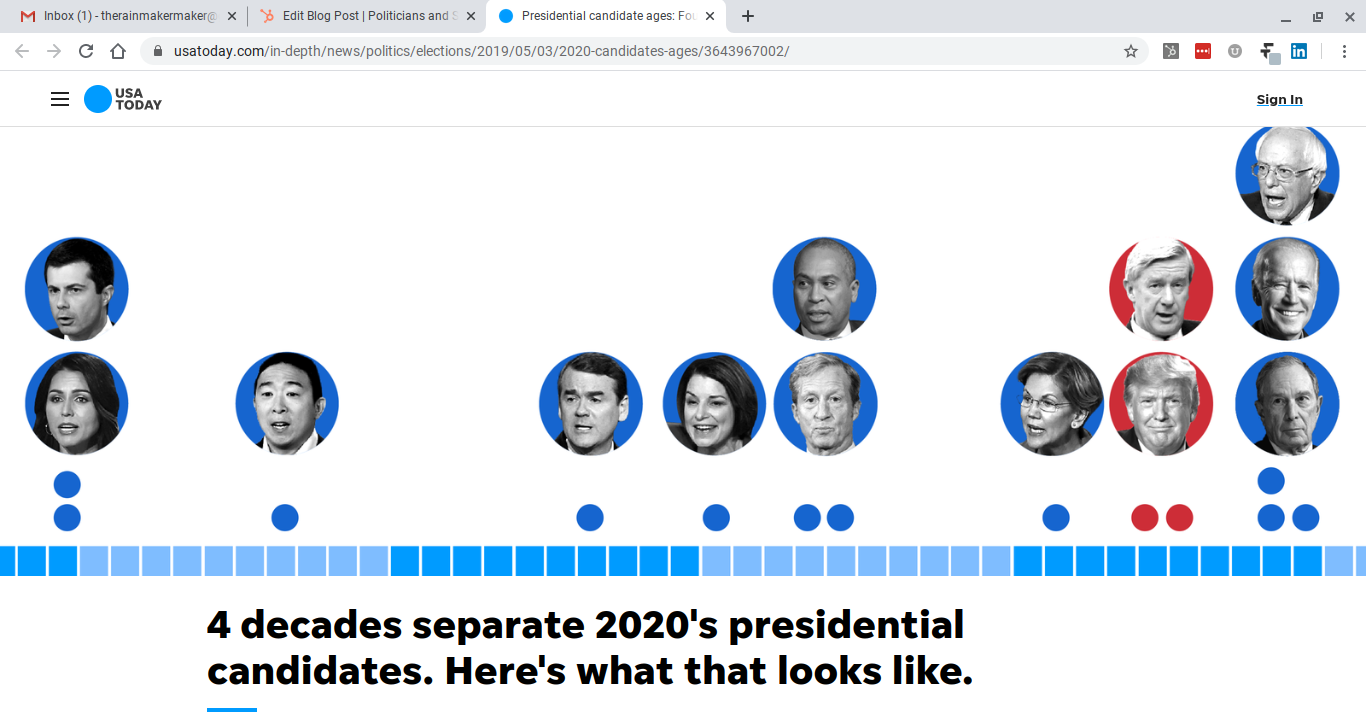 Six of the candidates are older that I.

Seven of the candidates are younger than I.

I hope somebody runs that I would vote for.

So, how does this relate to sales?

This is question. When you are qualifying a prospect, do you uncover WHY they will buy?

You think it doesn't matter? Who are you gonna vote for and more importantly, who will your prospect vote for when they want to solve their problem?