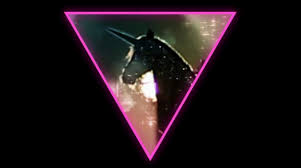 Lady Gaga sings, "My mama told me when I was young We are all born superstars".

What did your Mama tell you?
I was involved in a conversation a while back in which a bunch of self-professed 'experts' shared their opinions. Are Sales Rock Stars born with a certain DNA that predisposes them to be successful? Does the environment in their childhood home shape them and prepare them to hit the ground running? Do later influences have the ability to change a person's mindset and skill set and create a winner? Could a teacher be that influential, a company, a manager, a trainer, a coach, a public figure, a book?


As you might expect, the 'experts' didn't agree. There was no consensus. Between you and me, I wouldn't be surprised if many of the 'experts' would suggest that they could help someone become a rock star. 'Experts are funny!


So, let's not be experts. Let's think about this.


Pick a famous person's family, the Kennedys, MLK Jr.'s family. Some family members change the world, some not. Some members do good things, some not so good. Even the Roberges, you may know Mark and Matt, but Elaine and I both have extended families that include rock stars, not so rock stars and even a few skeletons that we want to keep in the closet. So, is DNA or early childhood environment a factor? You decide.


Maybe it's the coaching or training? I've worked with hundreds of salespeople. They're not all rock stars and my guess is that if you talked to every honest coach in the world, you'd learn that they've worked with some people that never got it.


Books, movies, blogs, podcasts, videos are available on closing, prospecting, qualifying, and every area of sales with gazillions of readers, subscribers and fans, but don't we all know somebody that reads and watches everything, but can't pay their bills?


So, this is my suggestion. Your DNA, what your Mama said, your coach, etc. might help, but the thing that matters most is you. How badly do you want it. I've written about it many times before, and if you're thinking it's time, schedule a call. However, most people don't start ready. They start with I want to have a taste, or I want to hit my quota in March, or I need a bit of a head twist, or I need to close a couple of deals now. If you're one of those and you have friends in the same boat, this might be for you. (First come - first served!)