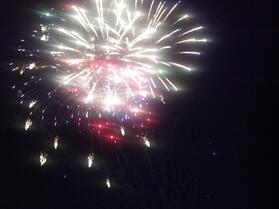 ...but not the kind that blows up in your face.

You already know that I want to make sure that I do everything right before I close.

So, I have to do a thorough job finding issues, problems, goals, pain, whatever you want to call it.

I also want to determine what is not important and if I have a feature that addresses that, I do not want to present it. Why? Simple, if it's in there and your prospect doesn't need or want it, he may shop for a solution that doesn't have that feature. If it turns out that they develop an issue and need that feature, you can say, "It's in there. No extra charge"

Bottom line: Find the balance between thoroughly disqualifying and spending time with people that are not going to buy (for whatever reason).

I never thought about him during the two years and probably wouldn't have if he hadn't come back, but here's the question...

If I had badgered him, nurtured him, spammed him, tried to close him during the two years, how would have it ended up and how many other deals would I have not gotten because I was spending time with him?

Just something to think about.